Auschwitz Birkenau is connected with many shocking facts. Concentration camp served as a place to kill and exploit defenseless humans. In fact, Germans were making great amount of money on prisoners’ forced labor. However, using inmates for work only was not the end of their exploitation. Nazis were conducting Auschwitz experiments in various fields – medicine, pathology or genetic. Nevertheless, all of them were deprived of any ethical grounds

First of all, main purpose of Auschwitz experiments was to find the most effective way of prisoners’ sterilization. In fact, biological attrition of the nation was a part of Nazis’ racist theory. Beside killing Jews, they simply wanted to stop their existence. 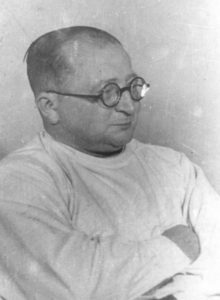 He was a famous doctor in the field of gynecology and fertility treatment. That’s why Heinrich Himmler, a leading member of Nazi Party, instructed him to find a way of Jewess’ effective sterilization.

Clauberg conducted his Auschwitz experiments in Block 10, where he was bringing women in the age of 20 – 30. Then, he was injecting a formaldehyde into their uteruses. Everything without anesthetics. In consequence, after few weeks, all those women became infertile. Additionally, the treatment was conducted on the pretext of routine gynecological test.

Himmler wanted to know how much time will it take to sterilize 1000 Jewish women in that way. Clauberg’s answer was satisfactory: One doctor with 10 assistants should be able to conduct sterilization of few hundreds or even few thousands of Jewess in one day.

Dr Schumann was a former manager of hospital for “incurably” sick. During the war, he became a member of the special “doctors’ committee”. They were conducting the infamous prisoners’ selections.

Auschwitz experiments of Horst Schumann were related to sterilization of Jews as well. When a group of Jewish prisoners was brought into his station, their ovaries and testes were exposed to X-ray. In consequences, his “patients”, who didn’t die right after the experiment, had to struggle with heavy burns and inflammations. After some time, doctors were sterilizing them, so their reproductive organs could be used for an examination.

What’s more, Schumann conducted typhus experiments. Their purpose was to inject people with blood from typhus sick patients. All of this only to examine newly infected inmates. 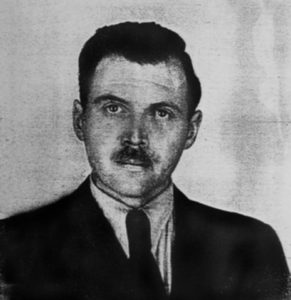 He is probably one of the most popular doctors conducting Auschwitz experiments. So called “Angel of Death”, distinguished himself from other Auschwitz Birkenau doctors. Both in terms of medical and military experience.

He claimed that patients with typhus shouldn’t be cured at all. Instead of curing them, doctors should immediately kill them… As soon as 2 days after his arrival to the camp, he sent 1042 Rome’s with typhus straight to gas chambers. He also participated in numerous prisoners selections sending all children, elder people, weak Jews, Rome’s and pregnant women into gas.

However, mostly he focused on pseudo medical experiments. He was trying to condition children’ Aryan features genetically. To achieve this goal, he conducted plenty of painful and inhuman operations. It included infecting wounds, amputations or injecting typhus bacteria. His special interest were twins and he had absolutely no mercy on them. One of his experiments was to kill two twins in the same time just to check if their body would act the same.

Mengele managed to escape from punishment after the war. What’s more, he remained extreme racist till the end of his life.

He was a Doctor of Philosophy and Medicine, a lecturer of anatomy and inheritance. Although he was working in Auschwitz Birkenau camp only for 3 months, he performed several activities. We can find out from his personal diary that he participated in 14 cases of gassing. Also, he observed numerous murders of inmates. He was taking part in prisoners’ selections as well

Kremer centered his Auschwitz experiments around the effect of hunger disease. He was analyzing  reaction of human internal organs to the lack of food. However, mostly he studied liver atrophy. He was photographing his patients and then was killing them by a phenol injection. Moreover, he usually questioned them about their sensations just before their death throes. 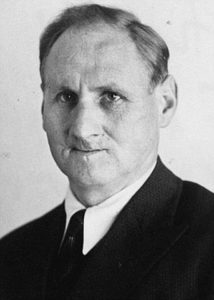 August Hirt was a German anatomist, director of the Anatomy Institution of Strasbourg University. His Auschwitz experiments were slightly different. He was the one to collect prisoners’ skulls and skeletons. He was choosing inmates of different age, gender and anthropological type. Altogether, 115 prisoners were victims of his experiment: 79 Jews, Poles, 4 Asians and 30 Jewess. Doctor Hirt was examining their bodies just after their death.

After the war, all of the bodies were found floating in formalin, in undergrounds of Anatomy Institution.

Additionally, there is a french movie about August Hirt form 2013 – Au nom de la race et de la science. Its title literally means “in the name of the race and the science”.

As you can see, only the finest doctors conducted Auschwitz experiments. They had numerous diplomas, rich experience and amazing skills. However, they were fully aware of murderous nature of their actions. That’s why there is no excuses for them.

If you still haven’t been to Auschwitz Birkenau concentration camp museum, don’t wait and book a tour to Auschwitz. You’ll discover the original place of cruel Auschwitz experiments. Additionally, you’ll visit one of the most important Holocaust museums in the world.