Entering the former concentration camp in Auschwitz one can see the infamous slogan above the entrance gate. Arbeit macht frei which literally means work sets you free. Nowadays, everyone knows how ironic and paradoxical those words are. But who created it? How come it survived the war? Who stole the famous Auschwitz gate?

Here are some interesting facts about Auschwitz gate you probably didn’t know: 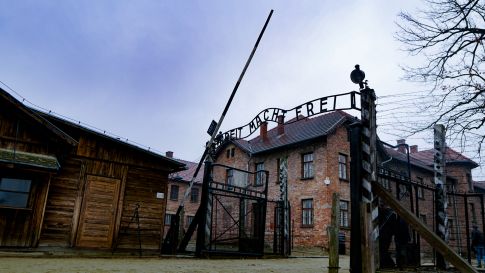 Its origins dates as far back as to times of Gospel John, where one can find slogan very alike: “Wahrheit macht frei” – The truth makes you free”. However, the first man to paraphrase those words was German philologist Lorenz Diefenbach. In 1873 he wrote the novel called Arbeit macht frei. It was a beautiful story about finding a path to virtue through labor.

Before the war, Germans were using the slogan in fighting against mass unemployment. They wanted to increase nation’s efficiency and general economic situation.  However, as Nazis came to power, Arbeit macht Frei appeared became a motto of their false and brutal ideology.

The slogan appeared on entrance gates in several concentration camps as well. It was also present in:

In fact, not everyone notices that letter “b” in “arbeit” is actually upside-down!

There is no clear explanation why is it like this. Many people interpret this as a sign of prisoners’ resistance. Others say it’s just a coincidence.

However, one thing is for sure – Auschwitz inmates hated the sign and its falsehood. Best example is a saying, that prisoners were using concerning Auschwitz Gate:

Barbed wire, loaded with death
is drawn around our world.
Above a sky without mercy
sends frost and sunburn.
Far from us are all joys,
far away our home, far away our wives,
when we march to work in silence
thousands of us at the break of day.
But we have learned the motto of Dachauand
it made us as hard as steel:
Be a man, mate, stay a man, mate,
do a good job, get to it, mate,
for work, work sets you free!

Auschwitz Gate after the war 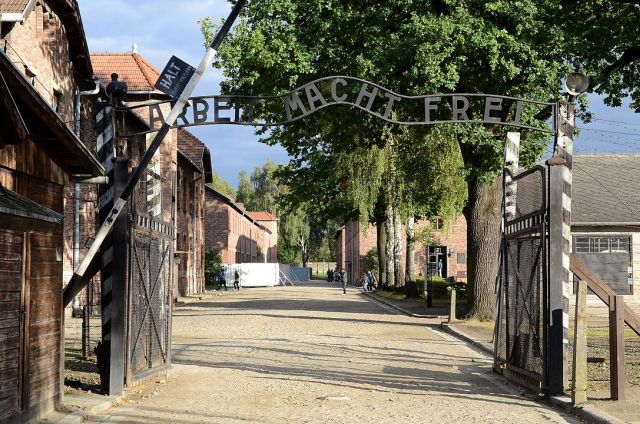 As Auschwitz had become liberated, Soviet soldiers reloaded Arbeit macht frei sign on a train heading to East. Fortunately, one of the former prisoners managed to bribe the guard with a bottle of some alcohol. He hide the sign in the magistracy and later on, Auschwitz Museum included it in its exhibition.

In December 2009 there was a famous case concerning Auschwitz Gate – the sign has been stolen. Thieves sneaked into Museum under cover of the night and, somehow unnoticed, took the sign with them. 70 hours later, the sign was found in a village in northern Poland. It was  cut into three parts. As it turned out, the action had been commissioned by some Swedish agent. The thieves from Poland has been caught and put in jail.

We’re living in the era of selfies and Instagram. You go to some famous place – you take a selfie in there, that’s obvious. However, there are some place where you definitely should not do that. Although they are extremely popular, it’s simply inappropriate to take smiley photo in there. One of them is Auschwitz gate. Recently, there have been more and more such cases. People pose to infantile selfies with barracks and Auschwitz Gate in the background. It’s undoubtedly lack of respect and maturity. Fortunately, there are still much more people going to Auschwitz to pay a real tribute instead to have a nice picture!

If you still haven’t seen this historical site, book an Auschwitz Tour from Krakow today and see the famous Auschwitz gate yourself. 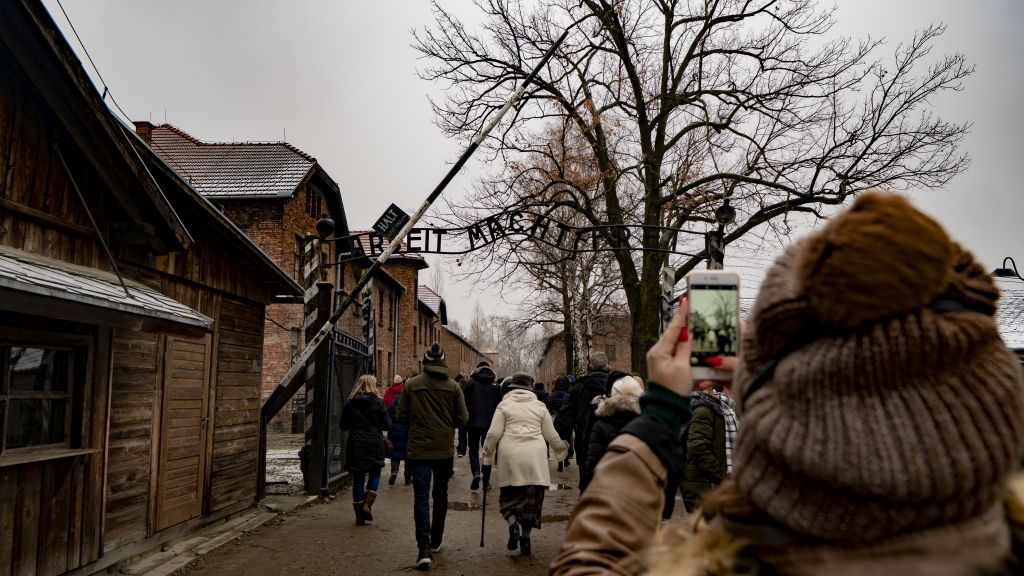